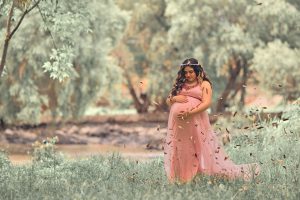 A current social problem in today’s society is teenage pregnancy.  Even though statistics show that teenage pregnancy has decreased since 1991, unintended pregnancies for teenagers is still a national and state problem.  According to statistics from the U.S. Department of Health and Human Services, in a 2014 report, the total number of unintended births in teenagers in the United States was 24.2 percent.  In Kentucky, where teenage pregnancies are higher than the national average, in 2014 there were 35.3 percent of teenage girls becoming pregnant from the ages of 15-19.  As a matter of fact, during the research of this problem Kentucky was ranked 7 out of 51 states for teenage pregnancy.  51 means the lowest, while numbers around 1 are the highest.  Teenage pregnancies overall are associated with negative and damaging effects on the young mother, her family, and society as a whole.  During this paper, I will be discussing the emotional aspects of teenage pregnancy, psychological stresses, the short and long term affects, and the socio-economic aspects related to this teen issue. 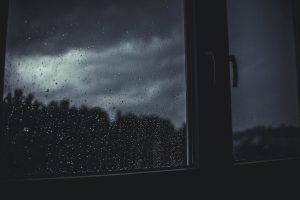 One consequence of teenage pregnancy is emotional problems.  According to an article by the Pediatrics Journal, states that teenage mothers that are between 15 and 19 are more likely to experience some type of depression after giving birth.  One of these types of depression is called the “baby blues.” The baby blues is an emotion that most mothers, even adult mothers have.  It takes around one to two weeks for the baby blues to pass. According to Healthline Partner Solutions, the symptoms can include mood swings, anxiety, sadness, overwhelm, difficulty concentrating, and difficulty sleeping.

However, if the baby blues continue after the normal period it is more than the baby blues.  It is then called depression accompanied with damaging effects for the young mother.  Teenagers that give birth before 37 weeks, are likely prone to some or all of symptoms.  This type of depression is called postpartum depression.  Some of the symptoms associated with postpartum depression include difficulty bonding with the baby, overwhelming fatigue, a feeling of worthlessness, anxiety, panic attacks, thinking of harming oneself or the baby, and difficulty enjoying activities you once enjoyed. 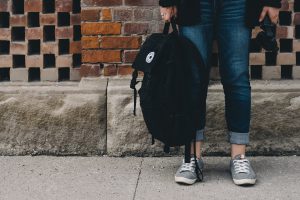 Even though teenage pregnancy definitely affects a mother’s mental health, there are unfortunately other factors that go hand in hand together.  One of these factors includes the mother’s finances.  According to a report by the American Journal of Epidemiology, only around 20% of teenage mothers complete their high school education by the age of 22.  Out of this percent, only 10% of teenage mothers go on to complete a 2 or 4-year degree.  These statistics contribute to teenage mothers having financial problems because research has stated that with a 2 or 4-year degree education, people usually have a higher level of income.

A second of these risk factors is the teenage mom’s physical health.  Maternal Child Health Journal stated in their published study, that teenage mother’s physical health was in the poorest health of all the women studies.  Teenage mothers typically do not eat well and engage in other activities to the point they are not aware of their poor health.  Trying to mother a child also takes the mother’s mind from her health.  According to the National Institute of Health, pregnant teenagers often present with the following health risks.  These are preeclampsia, anemia, contracting STDs, premature delivery, and low birth weight. 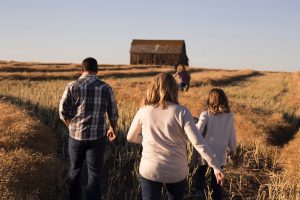 A last emotional impact involves the girl’s and boy’s family.  Most parents of teens who are pregnant are that much the same as the teen mother.  They can feel denial, guilt, and angriness.  Some families are often impacted because of their religious beliefs because they feel that a teenage pregnancy mirrors what their parenting skills are.  Some families are afraid to be socially ignored.  Families can also experience depression, anxiety, and panic attacks much like their pregnant teen.  According to a research by the American Academy of Child & Adolescent Psychiatry, the teenage girl’s family tend to suffer the most impacts.  Nonetheless, most families are able to cope with the fact there is a baby coming and engage in helping the young mother.

Another negative result of teenage pregnancy involves the psychological stresses due to teenage pregnancy.  According to research on this subject, the relationship the young mother has with her newborn baby has been described as being “insensitive, unresponsive, and sometimes hostile.” This is a risk factor of teenage pregnancy because it relates directly to the negative relationship between the mother and the new baby.  The bond between a mother and child is essential to the normal development of the child.  A baby needs to feel safe above all things, and the baby needs to feel secure when it needs to be comforted.  It is the upmost importance that a mother responds to her baby.  However, some mothers have extreme stresses in their lives.  Some teenage mothers are trying to finish school.  They also need a support system to help them navigate the world of parenthood.  If the mother is lacking a stable life at home, school, or with their partner, the risk for depression increases.  These early attachments are a good predictor of the future and the risk for depression in adulthood. 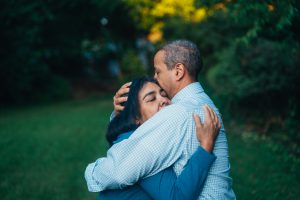 The young mother isn’t the only person involved that has stress.  Teenage pregnancies also affect the entire family.  As a matter of fact, having a pregnant teenager can most definitely bring stress and problems to the most stable of families.  Parents of teenage pregnancy stress about their daughter being able to finish school.  Since the young girl is most likely to find barriers to finishing their education, she is relying on her family for support.  Unfortunately, there are some families that cannot give the young mother this support system.  This can be for different reasons.  This could be a repeated cycle, or it can be related to a parent’s underemployment.  A big worry of the teenage mother’s family is being able to give financial support.

A third aspect of teenage pregnancy is short term effects.  These days girls tend to reach puberty at a much lesser age.  As a result, teenage girls are not fully developed for childbirth.  A girl’s body must go through so many physical as well as cognitive changes.  A large percent of teenage mothers is not prepared to take care of a baby.  Baylor College of Medicine conducted a study of pregnant teenage girls and found that nearly 53% of young mothers report depression into their adulthood.  This can be considered as a short and long-term effect from having a baby in adolescent years.

Teenage pregnancy can have some very damaging effects on the mother.  One of the first risks is the likelihood for the teenage mother to drop out of school.  A second long-term effect is in regards to the emotional state of a pregnant teenager.  Research continuously shows that teenage mothers are more likely to experience depression way into adulthood.  There are also long-term effects on the child.  One of the main concerns is that pregnant teenagers often do not take care of themselves.  They do not have the proper prenatal care.  This can attribute to the baby having low birth weight, learning and focus disabilities, can have delayed development, and can even have physical challenges.  Another long-term effect is that the mother is normally unemployed or underemployed, which effects the mother and child’s financial future.  A third adverse effect is that the mother becomes dependent on publicly funded programs.  The baby born to teenagers can experience long-term medical problems that have the potential of effecting the rest of their lives.  One of the last negative long-term effects of teenage pregnancy is that it costs the taxpayers additional charges because of the increased health and foster care benefits that are being paid out.  There can also be a loss in tax revenue due to teenage pregnancy.  This is directly related in the mother’s poor education and skill achievement. 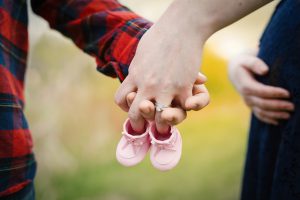 Teenage pregnancy also has a negative effect on socio-economic aspects.  For the mother, her future and the future of the child looks dismal.  Teenage moms have low education.  As a result, the mother can’t go to a secondary school, she finds it hard to get a job, and she has limited skills.  If the mother wishes to return to high school, sometimes society and community will not allow that.  Consequently, this makes the mother dependent on public funds such as welfare, food stamps, TANF, WIC, and housing.  According to a report from the Washington Post, 79% of teenagers with babies receive some type of government assistance.  In 2010, The National Campaign to Prevent Teen and Unplanned Pregnancy, released the amount of money allocated for teenage pregnancies in 2014.   A whopping 9.4 billion dollars was spent on some type of public program for teenage pregnancy.  There is also an adverse effect on the economy as a result of lost revenue.  Statistics on Kentucky show that 68% of teenage mothers received public funding.  In 2010, Kentucky alone spent $75.0 on unintended pregnancies in teenagers.  The statistics on Kentucky say that the state paid, “The total public costs for unintended pregnancies in 2010 was $442 per woman aged 15–44 in Kentucky, compared with $201 per woman nationally.”

In conclusion, teenage pregnancy has negative effects for the young mother and child, the families, and especially on society.  There is federal funding for programs to prevent teenage pregnancies and unintended births.  These programs are national funded programs, as well as the states responsibility. Kentucky for example provided 69,560 teenagers with a means of contraceptives.  In 2010, Kentucky spent $53.4 million on family planning services.  ” This amount includes $37.7 million through Medicaid, and another $5.2 million through Title X.” 16,800 births were averted because of Kentucky’s family planning services. By the research I have read, teenage pregnancies are on the decline.  However, more money needs to be allocated for programs like family planning.  Nonetheless, abstinence is always the best.