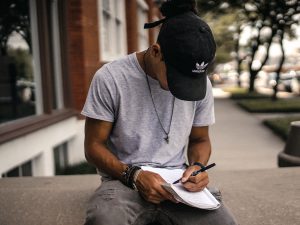 Education is very different today than what it was in the past.  People have different ideas about the education a child should have.  Some people think that it’s okay if a student gets promoted on to an upper grade instead of spending another year in the lower grade.  Unfortunately, there is no clear answer on this subject.  However, there should be factors considered if a child must be retained in the same grade. I for one believe if a child needs to be held back academically, then they should have to repeat the lower grade.

Grade retention is a very difficult and emotionally charged decision.  It may be considered when a child:

Giving a child an extra year to catch up and develop needed skills sounds like a positive thing.  However, according to research that shows outcomes for kids who are retained generally are not positive.  The Position Statement on Student Grade Retention,” the National Association of School Psychologists (NASP) reports: 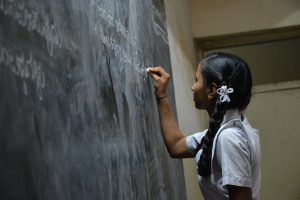 Legislation and policies are coming under increasingly pressure to improve school performance.  The promotion standards have been developed at the national, state and district levels.  The goal is to discontinue social promotion.  Instead there is a renewed emphasis on grade retention as an educational remedy for underachieving children.  Nonetheless, educational research fails to support grade retention as an effective intervention.  In fact, grade retention has been associated with a host of negative outcomes on a variety of levels.

One particular concern is whether educators are addressing the academic, behavioral and mental health needs of children when recommending grade retention. It is estimated that 2.4 million (5-110%) students are retained every year in the United States.  Boys are also more likely to be retained than girls.  Retained students are more likely to display aggressiveness, to have a history of suspension or expulsion, to act out in the classroom, or display behaviors associated with Attention Deficit Hyperactivity Disorder to be diagnosed immediately following the retention.  In addition to poor academic achievement and low standardized test scores, retained students are likely to have a history of numerous school changes and absenteeism.  Large family size, low parental education and low family involvement are also related to retention. 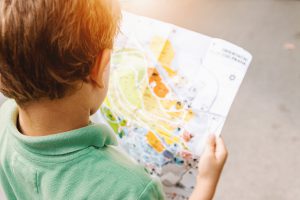 There seems to be more research on the negative effects of retention than social promotion.  I personally was retained in the 2nd grade.  During this time there was a whole lot going on.  My mom and stepdad had another baby, my little brother Adam.  Then unfortunately when my brother was just 1 years old, my mom got diagnosed with Acute Lymphoblastic Leukemia.  This happened just before my second grade started.  The teacher recommended retention due to my immaturity.  Thankfully some of the negative effects that I have discussed doesn’t apply to me, except for the fact that I had very little parental involvement due to my mom’s illness.

In spite of everything, I do believe that a student should be retained if they need to be.  I feel that if students are allowed to go on to the next grade, he/she has a greater chance of slipping through the cracks.  Each year is builds upon the year just completed.  If a student is promoted, and did poorly academically, he/she is just going to fall behind even further.  These are my personal reasons why I believe in retention instead of social promotion.