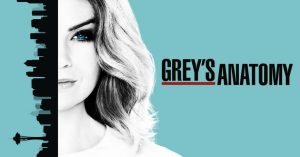 Hello Grey’s Anatomy fans.  Well tonight, 5-17-2018 will be the season 14 finale.  Alex and Jo’s big day.  I myself, always thought Meredith & Alex should be together.  He loves her kids already, and they love him.  I don’t know what you guys think, but I think Meredith Grey is due for some good luck in the romance department.  It’s a given there will be no greater love than Derek and Meredith’s.  They were the real deal. Have you noticed that so many bad things keep happening to Meredith?

From the very first season of this popular night time drama show, Meredith Grey is and has remained the main character.  She and Derek had a one night stand that lasted for years.  We also find out details about Meredith’s mother, Ellis.  Alzheimer’s and affairs with Richard Webber that lead to the character of Maggie.  Ellis was really cold to Meredith, and didn’t care to let her know that she didn’t approve of her life and decisions.  Meredith was like a big disappointment to Ellis.  Meredith struggled for years with her mommy and daddy issues.   Meredith Grey was pretty much on her own until Derek.  & as you know it, Derek ends up being married to Addison.  I liked Addison’s character and even followed her to Private Practice.  I did not like Addison & Derek as a married couple.  Derek loves Meredith, and he seems to always been there when she had break downs. 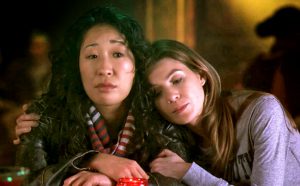 Of course Meredith had Christina as her best friend, but look at her character.  She left the show and her character moved to Switzerland to take over for no one else but Burke.  Izzie and George were Meredith’s friends most of the time, but look what happened to their characters.  Shonda Rhimes wrote them off.  Everything comes down to Meredith, one of the five original characters from the show left.  Alex is there also, so why not give Meredith the happy ending she needs.

Then the big tragedy came when Derek died.  Oh my gosh I still get tears in my eyes when I think about it.  “We’ll do everything on our own,” is the saddest but prettiest song ever.  It definitely is Meredith and Derek’s song.  Meredith was devastated by Derek’s death.  She never really knew anything to do, but run.  That’s how baby Ellis comes about.  It’s so sad for their children.  Ellis didn’t even get to meet her dad, and baby Bailey was young at the time also.  The only one of them that had any real memory of Derek was Zola.  I’m tearing up right now fans.

The next big upset in Meredith’s life was when she was attacked by a patient.  Remember that?  She was in the hospital for weeks, and when Alex brought the children to see her, they didn’t want to because they didn’t recognize their mother like that.  I can’t blame Meredith for being so angry with Derek for dying too soon.  If not for the help of Maggie, Amelia, & Alex, what would that poor girl have done? 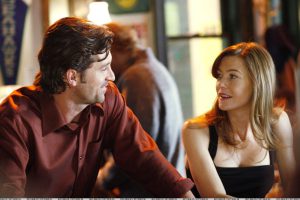 Over and over again we have got to see how strong a woman Meredith is.  She may go away for a while, but she always comes back, somehow stronger than she was before.  Derek always said that Meredith was the one that keeps all of them going because she has seen worse.  How true this is.  Meredith is an inspiration to many young women.  I have read testimonials about how she inspired people to go on to medical school and become a hot shot surgeon.  While I get all mushy and emotional over her character is because she has suffered so many tragedies.  Nonetheless, she finds her way back somehow.  She is strong, courageous, beautiful, and smart.  If this show had of been on when I was deciding my career path, I could have been inspired to go to medical school to be like her.

So now let’s hear from you guys.  Who is your favorite Grey’s Anatomy character and why?  Can’t wait to read your responses.