Even though there are many unreported instances of sexual harassment in the workplace, it really all started with the film movie director Harvey Weinstein.  The snowball just kept on increasing speed from there.  With  the Me To movement, hundreds of women crawled out of the woodwork to tell their stories and attack their abusers.

From Actors like Kevin Spacey to news anchors like Charlie Rose and Matt Lauer, women all over are coming forward to tell their stories of sexual harassment.  Many lawsuits have been filed, and many many men have lost their good standing with the public as well as the loss of their jobs. Matt Lauer has been my favorite 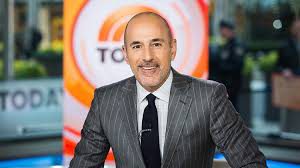 news anchor for years.  He brought something new and solid to the Today show making it the #1 news/entertainment for years.  Sources say that Matt Lauer is valued at over $100 million, which has wife will more than likely to get the most of.  Sources also say that the couple’s home in the Hampton’s will likely go to his soon to be ex-wife, along with a huge chunk of his money.  It is said that Lauer will not pay spousal support, but will have to pay child support to the couple’s 3 children.  Lauer lost his $25 million a year career in November 2017.  Thus far, there has been only one woman that has made the accusations, but there quite well be even more. 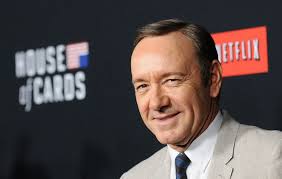 Next, Kevin Spacey.  Spacey has been an actor for years with a well renowned  image.  He worked with Netflix to make the hit series “House of Cards” as popular as he is.  However, all of this was tainted when 8 people, women, and even 1 man, came out and said they were sexually harassed on the set of “Cards.” Spacey’s accusers have made statements to other news shows like CNN.  However, these accusers did so only if their names  and identities were anonymous.  Spacey has been accused of predatory actions to young production producer that were also male.  He was also accused of nonconsensual touching.  One of Spacey’s most popular accusers was Anthony Rapp, an actor.  Rapp did not conceal his identity, and claimed that Spacey made unwanted sexual harassment acts when he was only 14 years old. Even though Spacey responded to Rapp’s accusations by offering an apology, it sounded more of an “I can’t recall that ever happening” feeling.  Sources say he is in treatment now for his sexual harassment accusations.  Consequently, “The House of Cards,” production was shut down after the 6th season.  Spacey was one of the executive producers of this show. 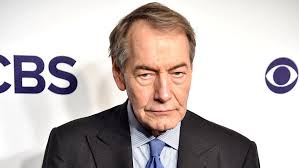 The next person who has been crippled over sexual harassment scandals, is none other than Charlie Rose.  Rose’s career spanned from 1972-2017.  This American television journalist and TV talk show host was found out with the “me too movement.” Rose was the host as well as the executive produced of talk show Charlie Rose on PBS and Bloomberg, L.P.  Rose’s employment with CBS was ended also in November 2017 as a result of the sexual harassment claims.

On November 20, 2017, eight accusers who were also employees of CBS and PBS came out accusing Charlie Rose of horrific harassment charges including making lewd phone calls, groping them, and exposing himself to them.  When Rose’s apology came out, he actually admitted that these behaviors were true by saying that he was greatly embarrassed by his behavior.  Rose’s net worth from a 2018 release says that Rose values $23 million dollars  with an annual income of $2.5 million. Thus Rose’s  45 year career came to an abrupt end overnight.