Good morning fellow bloggers.  Since every news cast and talk shows are all talking about tomorrow’s royal wedding between Meghan Markle and Prince Harry, I thought I would add my two cents in also.  This is my daily rant people.

Everyone loves weddings.  It’s spring time and love is filling the air.  When I think about weddings, some of the things that come to mind are flowers, wedding cake, bridesmaids, and brides.  Well folks, Meghan Markle really managed to catch herself a big fish., the world’s most eligible bachelor, Prince Harry.  I remember watching the royal wedding of his father and mother, Prince Charles and Princess Diana.  What a treat it was to watch that wedding.  Diana’s big poofy wedding dress, and of course her crown tierra.  Back at that time, royal weddings were full of traditions.  However, look at Markle and Harry’s upcoming wedding and marriage.  Less than traditional to say the least.

It’s every girls dream come true, to become a new princess.  This is what is happening to Megan Markle.  I suppose since Prince Harry feels he will never be more than a prince, this power couple has thrown tradition out the window.  With traditional royal marriages, the bride elect usually comes from a wealthy family where the bride to be is groomed for this position from a very early age.  The bride elect also has never been married before.  Another tradition of royal weddings is that they do not include children.  Bravo to Prince Harry and the future Princess Meghan Markle for saying goodbye to all that tradition. 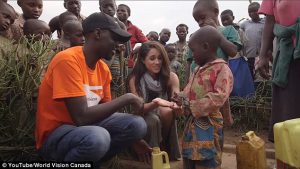 Born Rachel  Meghan Markle on August 4, 1981, is taking on her biggest role yet, Her Royal Highness Princess Henry of Wales.  Markle’s father is Thomas Markle and her mother is Doria Ragland.  Her parents’ divorced when Markle was six years-old.  She is the youngest of three children.  Her siblings are Samantha Grant and Thomas Markle, Jr.  Markle was married a couple of short years, from 2011-2013, to Trevor Engelson.  Markle is an American actress in Los Angeles, CA.  She is also a humanitarian activist.  This must have been what drew Prince Harry to her.  As you recall, Princess Diana was also a humanitarian activist.  However, Markle’s humanitarian acts are for gender inequality and modern day slavery.

In order for Markle to marry into the royal bunch, she was baptized on March 6, 2018 by Justin Welby to confirm her into the Church of England.  Markle is a quite change for this royal family, especially sister-in-law, Kate Middleton, the now Duchess of Cambridge.  One of these differences is that Middleton and Prince William knew each other for a longer length of time, since college, and were engaged almost five years after college than that of Markle and Prince Harry.  A second difference is that Middleton was British, while Markle is an American.  Prince William and Princess Kate were still considered a young couple, while on the other hand Markle and Harry met in their 30’s.  Some people say that by being older, Markle and Harry are wiser and bring more knowledge in regards to life experiences.  Others say this will be the ultimate pitfall of the newest royal couple.   Another difference between the two is that Middleton adhered more to tradition, while experts say Markle and Harry’s wedding will be the complete difference, breaking tradition wherever they can. 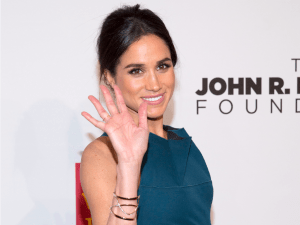 Okay, this will conclude my blog on the royal wedding 2018.  I suppose we will all have to wait until tomorrow to see what takes place.  Whether it be traditional or nontraditional, you can sure count on another fabulous royal wedding.  I myself cannot wait to see the carriage ride.  So followers, let me know what you think.  Weigh in on the royal couples from the past to the present.  Which couple is your all time favorite and why?  Stay tuned in for my next blog.  Until then, good day friends!!!